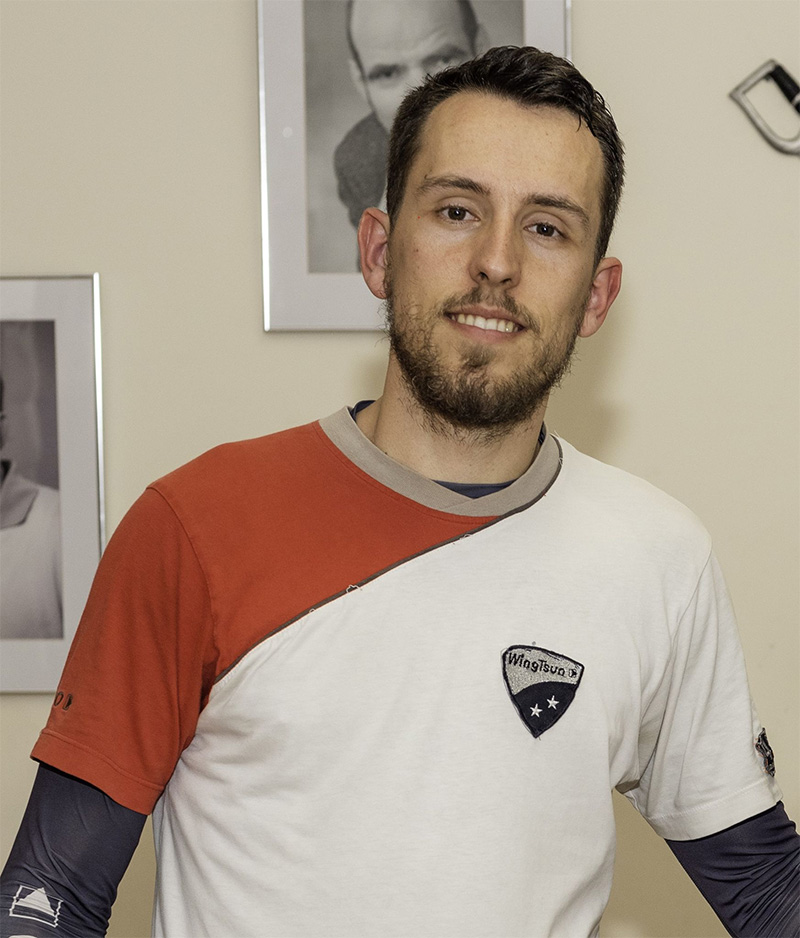 SiHing Vladimir learned WingTsun from his baby age from his father Sifu Alexander Olich. As a 1-year old he spent a whole week watching a seminar in Livorno, Italy with Grandmaster Leung Ting and Grandmaster Kernspecht. Ever since he was very interested in self-defense and trained with his father first occasionally during his childhood and from 2010 full-time all the way until today. Since 2010 Vladimir either learned or taught WingTsun almost every day. The martial art WingTsun forms a substantial part of SiHing Vladimir’s life.

In his career he attended more than 50 seminars, many of of them international.

Most of those being WingTsun, but also several Escrima and BlitzFight seminars. Besides his daily training with his father, Vladimir had lessons with many high European WingTsun Masters, including all 4 of our Grandmasters (SiFu Kernspecht, Sifu Schembri, Sifu Koenig, & Sifu Schroen. He has done several thousands of hours of training with his father, which allowed him to pass every examination he had with flying colours (all exams always with external examiners!)

SiHing Vladimir has been teaching WingTsun daily since 2013, both Adults and Kids in Cyprus (and shortly in Germany while studying there at the University of Heidelberg.) Passing on knowledge is something he thoroughly enjoys and as a full time WingTsun Instructor is doing this daily to the joy of his great number of happy students.

Here is what he says about his work with kids: “Teaching kids is a great joy for me, as I  loves to see their progress over the months and years. The combined effort of all the instructors often produces unbelievable results and progress in children. The gratitude of parents and even just the new confidence kids develop makes the work something extraordinary, beautiful.”

In his WingTsun career so far SiHing Vladimir has acheived