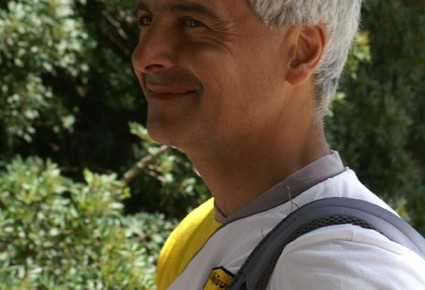 At present I am once again engaged in intensive research for our WingTsun training – and not least also the WingTsun forms. This is a subject that comes up again and again. But as I am very short of time right now, I have asked the man who has studied the forms most intensively to write something about them in a guest editorial: GM Giuseppe Schembri.

When my SiFu, Grandmaster Kernspecht, asked me to address this topic, I was reminded of the time some two years ago when a student asked me: “Do you still practice the forms?” I answered: “Yes, of course! The forms keep me in good form. I train with myself as a partner, and improve my skills in the Big Seven. I consciously perceive every movement, in other words I practice mindfulness. For me that is the most important of the capabilities.”

I really enjoy practicing the forms by myself for an hour. Afterwards I am full of energy. For many years I did this every day, but in recent times I unfortunately don’t manage it each day. But when I do, then preferably in the early morning, when the air is still fresh and unused. And if possible out in the open air, where the combination of movement and nature gives me new strength. Whether I take a trip from my home in Küsnacht to Lake Zurich, or into the mountains or to a waterfall, mountain lake or also a seashore if there is one nearby, the beauty of nature puts so much more energy into the movements, the mind and the body.

My body always feels good when I am moving. That is what it is for. The forms give me the opportunity for movement wherever I am, even if there is no opportunity for major sporting activities.

Each time I am also teaching my body how to move better. I perform all the WingTsun forms plus the health SiuNimTau and of course the ChiKung form, which contains additional movement aspects. I also practice the energy exercises that SiFu is currently showing us.

I fully understand that practicing the forms does not seem very desirable to most students. They would rather fight and practice other interesting things. But if practiced with the right intentions, the forms can give us a great deal and lend form to everything. For example, I sometimes only practice parts of the forms, or I concentrate on specific aspects – e.g. on my balance, and another time on physical dexterity. Then on another occasion I do everything with physical unity etc.

Perhaps I am heavily influenced by the early days in my WingTsun career: my first exercise was to stand in the IRAS stance for one hour. Followed by many hours of practicing the SiuNimTau. At that time, at the age of 15, I did not yet understand how this could benefit me. I only reached that understanding some years and many, many training hours later. So I simply got on with it. That was a very important learning process – namely for endurance and fighting spirit, sticking with something even if you don’t understand it.

So many things improved thanks to practicing the forms, especially my ChiSao and the LatSao exercises.
That is why I remained faithful to my form training. The forms also taught me to become confident and experiment.

Many years ago, when I started training with the Wooden Dummy, SiFu told me I should do it from the body. At that time there was less explanation of how that might be done than today. So I kept what he said in my mind and began to experiment for myself: “How can I perform this movement from the torso?”
After many hours of practice it occurred to me to simply forget about the arms and perform the movements from the torso.
Once I had practiced this for a while, I combined the torso movements with the arm movements again. In the process I learned how best to coordinate the body and arm movements.

Trying this for myself was and still is very enjoyable, and has brought a great deal of understanding. Many things only really became clear to me when I started teaching the movements myself. I noticed that I could initiate them differently and more subtly.

I can only say that if you have the time and enthusiasm to get in physical and technical shape for WingTsun, then practice the forms!