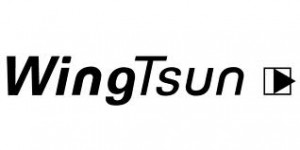 The martial art of WingTsun teaches how to protect yourself and defuse a situation before it gets violent. ALIX NORMAN finds it means she can fell a 6ft man

Sometimes, as the years pass by, I realise there are huge gaps in my knowledge. And this week, when I found out there’s a martial art which has – for the last 30 years – been taking the world by storm it was just another nail in my coffin of eureka moments. Discovering WingTsun was more of a shock than you realise: here’s a martial art focused on self defence, created over 300 years ago by a woman, and practised by almost everyone from my 60-year-old cleaner to the kids next door. Even my mother knows about it. So it was definitely time for me to leap – possibly with a high kick and appropriately Oriental ‘HAI!’ – onto the bandwagon.

I’m privileged to secure a private lesson with Alexander Olich, the EWTO (European WingTsun Organisation) Chief Coach on the island. He’s a big guy, a big German guy, and despite the fact that his warm chocolate eyes constantly twinkle with humour and he could easily be characterised as a gentle giant, I would not want to meet him in a dark alley. Or pick a fight with him.

Fortunately, it turns out that the discipline of WingTsun, although focused completely on self-defence, is all about how not to pick a fight. This martial art is as much about learning how not to present yourself as a victim as learning how to defend yourself if all else fails: “In WingTsun, we teach how to de-escalate a potentially threatening situation,” Alexander explains. “It’s about self-assertion as well as violence prevention, and we use a lot of very realistic role play in our teaching.”

As a bit of a pacifist – and quite possibly a coward – I’m all for a discipline that gives you the tools to avoid a nasty punch up. And with years of psychological research into victimisation backing up the techniques, most of the time knowing the right words and stance can resolve the threat. But WingTsun also teaches you how to defend yourself should an attacker be immune to your gift of the gab: “At the EWTO, we know that most people don’t have time to train for the many long years it takes to become a Master in this discipline,” says Alexander, who is himself a Level 1 Master. “So we’ve invented something called the BlitzDefence, which you can learn quickly and use immediately.”

Created by Grand Master Prof Dr Kernspecht, founder of EWTO, the BlitzDefence is a simplified system for the beginner which focuses on five main points: the five stages of aggression, the four attack positions, the three moves used to counteract an assault, the two defence positions, and the one ultimate goal – freedom of movement and no fear. To develop the method, martial arts expert Dr Kernspecht spent years studying the dynamics of how victims are chosen, what causes the situation to escalate and when violence is used, allowing him to create a method that can be taught within six to twelve months.

“The BlitzDefence is so effective, that we’re frequently asked to teach special forces groups,” adds Alexander, mentioning that the GSG-9, the FBI and even the police force in Cyprus have all undergone training. “From the moment you leave the first lesson, you’ve learnt something useful,” he explains, and with 2,000 schools and 60,000 active students in Europe alone, there’s proof that WingTsun really is sweeping the world. And even though this incredibly popular method is all new to me, I’m more than ready to give it a go…

We begin with the basic stance, and after Alexander has – very gently – taken my legs out from under me a few times, I’ve learnt where to place my weight. “What we’re doing is teaching you to add your weight to the weight of the attacker,” he twinkles. “What are you, 50, 60 kilos? Imagine you’re being attacked by someone twice your weight – you can’t defeat them through strength, so we’re focusing on recycling their power and adding yours on top. So you’d actually be defending yourself with 150 kilos of power.”

It takes me a while to get used to the notion that I shouldn’t be forceful, but should rather go with the attacker, using their power against them. But once I’ve got the idea I’m thrilled to find that I can throw all six foot something of my instructor off balance. “Good!” exclaims Alexander, who’s a born teacher, using simple language and movements, anecdote, example and humour to help me remember the sequence of actions. With a constant stream of positive reinforcement egging me on, I’m soon well into the swing of things, and have learnt how to protect myself against a basic frontal attack. Then we do a bit of role play, practising how to ensure any assailant knows his victim is not to be messed with. I particularly enjoy this bit, thrusting my hands forward forcefully like a traffic cop attempting to halt Silverstone, and yelling ‘STOP!’ at the top of my voice.

There’s obviously a lot more to it, but with just an hour to spare, I still feel I’ve learnt quite a bit. Woe betide anyone who wants to take my wallet – or worse! And the great thing about WingTsun is that it works for everybody, no matter their age or strength: “My oldest student is a 73-year-old woman,” says Alexander. “With WingTsun, there are no fancy moves and you don’t need stamina. We’ve replaced speed with timing and power with skill. It’s pure, realistic self-defence.” I leave full of excitement. Not only have I now discovered what everyone’s raving about, I’ve also learnt something that might just – one day – save my life.

EWTO runs WingTsun lessons in Limassol and Nicosia, with separate classes for adults and children. Classes for adults cost €70 per month for a 90-minute lesson twice a week. For more information, visit: www.martialarts.com.cy or www.ewto.com or call 99 887735