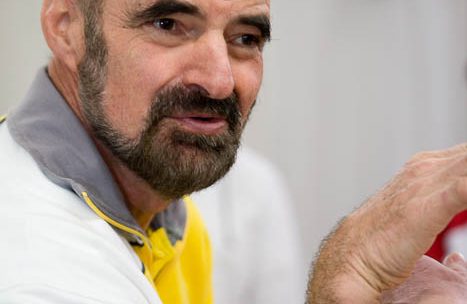 A Tweet by GM_Kernspecht is followed by a question, and immediately gives rise to a train of thought which has every potential to become an editorial:
“The highest optimisation of a martial art is its transformation into an inner way. This applies in every respect,” I wrote.

“How can or should we understand this in just a few words …?”, my “followers” wanted to know. So without further ado I answered with eight Tweets, which I have expanded a little for you here:

1. The differences between the usual, outer Wing Tsun (however it is spelt)
and an INNER WT are numerous.

2. The differences are not so much in the so-called “techniques”.

This not only means that no further “techniques” than those in the repertoire of outer Wing Tsun, Wing Chun, Ving Tsun are added, but also that it is no longer about “techniques”, but only about principles.

3. Mind before body. Mindfulness before instincts, reflexes and automated drills.

The inner WingTsun as I envisage it takes its lead from Chan-Buddhism. Our mind, our mindfulness, takes the lead. We look and feel to find out what is actually happening. We recognise what is confronting us, and act on the basis of fresh information. We do not use ready-made techniques which once helped in a similar situation. We do not rely on reflexes.

4. Creation of a physical structure rather than development of brute force.

We develop a physical structure which enables us to push away or pull an opponent at any time. And to do it without losing our balance. And when we apply our full power to thrust or pull, the power does not come from the arms and shoulders, but from the combined (natural!) pushing and pulling muscles.

5. Biomechanically and energetically efficient movement rather than
primitive muscular effort.

Our fighting movement not only follows the laws of biomechanics, but also the ancient Chinese energy rules, which often appear paradoxical.

6. Fighting without having to become fighting mad.

We have recognised that we fight better if we remain calm, rather than getting into a blind rage. To achieve this state of calm we take our lead from Prof. Horst Tiwald’s book “Psychotraining for WingTsun”.

7. The whole body acting as a unit, but also the ability to separate.

Achieving physical unity is half the battle. The other half is conscious relaxation of specific body areas when it is tactically appropriate – e.g. to separate from an opponent.

8. With only minimal changes, the fighting movements can be used as
Chi Kung to maintain health, and vice versa!

Inner WingTsun must serve to protect our own health and defend us against an opponent. We first develop the health and strengthening aspects, then the fighting aspect.

The EWTO has been in the process of this change or optimisation for many years. To a greater extent for masters than for student grades.
Your SiFu/SiGung
Keith R. Kernspecht